I typically wouldn’t choose to visit Europe in July (heat, peak season), but a good friend was getting married! So, we made a trip out of it. Based on airfare award availability, we flew in/out of Paris. The plan was to drive from CDG to Champagne (wedding), to Provence (lavender in season!), then train back to Paris for the last few days.

We left JFK on a late Thursday night so we would have plenty of time to adjust ahead of a Saturday afternoon wedding. I booked business class tickets during a good sale on OpenSkies, for the cost of economy, but cancelled it within the 24 hour window because $1k+ is still $1k+ in spite of a deal. I sometimes regret it since American Airlines rolled out lucrative promotions later on for business class travel. I ended up transferring Amex points to Air France. AF has great service and at the airport, we got premium seats for free. The food was surprisingly bad. The two breakfast sandwiches I bought at the JFK Starbucks was a good call.

Our first stop, was an outlet mall that was on the way to our B&B and near Disneyland Paris: La Vallée Village. It was a sunny, hot day and the familiar blasts of AC was absent from the stores. In fact, some didn’t have AC on at all. It was busy, but not too crowded.

Giant macarons! (Right after I took this photo, my sunglasses fell off of my face. The screw disappeared. Great!) 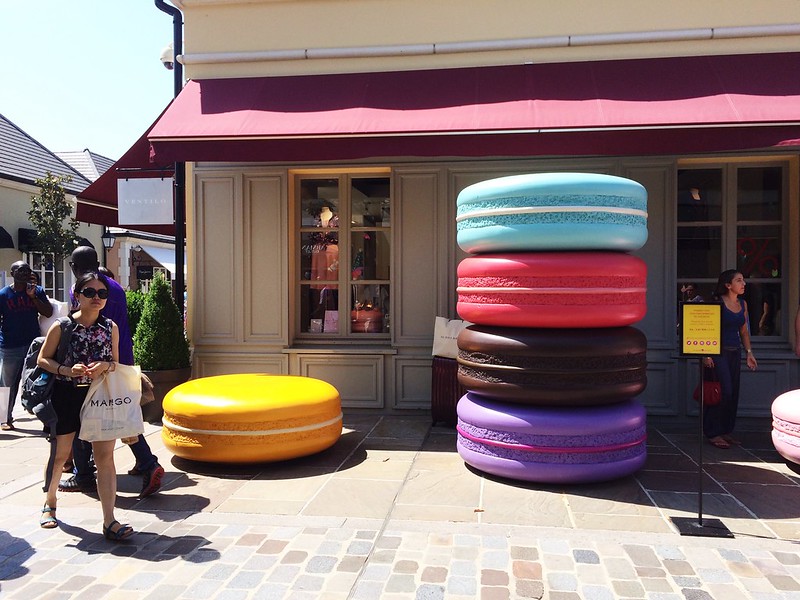 Celine and Repetto were top on my list from reading older posts on TPF but I wasn’t sure if the stores were still open and they weren’t on the outlet’s English all brands page. I didn’t think to look at the French site until later. That one is up to date.

The Repetto outlet store lived up to expectations. I liked 3 styles but they either didn’t have my size or I didn’t like it enough to buy it. It’s kind of weird seeing so many Repetto styles in one place since there aren’t any retail outlets in the US yet. French outlet prices are also not super exciting compared to some of the deals I’ve posted here. I saw a price range of 60, 90, to 110e. I left emptyhanded — I’m very picky at this point. If you’ve been to the Paris outlet on rue de Châteaudun, I regret to inform that it has since closed. 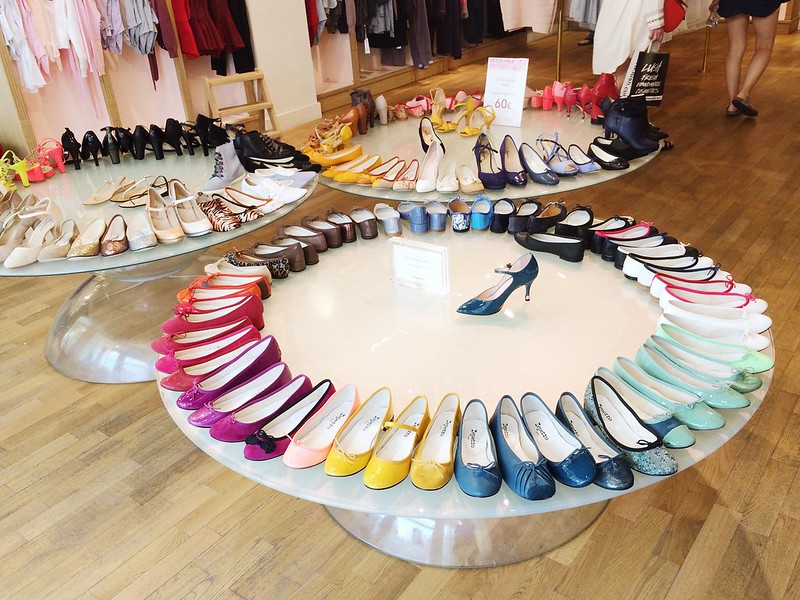 Some stores were running promotions, but it appears that they just finished a major summer sale. Celine was lackluster. As was Ferragamo, Sandro, Kooples, Carven, Claudie Pierlot, Longchamp, and Comptoir des Cotonniers. Cath Kidston was eyecatching but I didn’t need anything.

Overall, the outlet mall was worth the stop. I think all of the shops had true overstock/past season items vs many American brands manufacture subpar outlet quality goods for the outlet stores. The Mr. didn’t bring a tie and had to buy a tie. Aside from our Pret lunch, I didn’t spend any money. On our way in, I caught a glimpse of a Habitat home store (where I got my flip clock on a previous trip), so we stopped by for a browse before heading back to the highway. 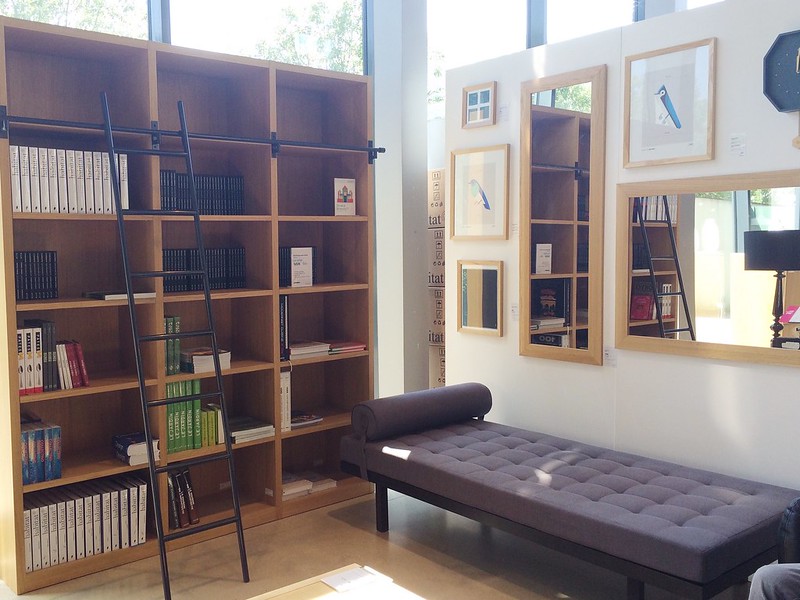 I’d booked a champagne cellar tour in Reims for later in the afternoon. Time flew and we knew we weren’t get there in time. Luckily we were able to reschedule for Saturday morning. An hour later, we arrived at our idyllic B&B, Chateau de la Marjolaine. It was on my friends’ list of accommodations and was well located for the wedding festivities. We had to get used to driving through a narrow gate while descending from a sharp incline to drive into the property. We didn’t spend too much time here but did explore the property and used the hammam before we left. The weather was pleasant; we didn’t miss the lack of air conditioning, which is rare. 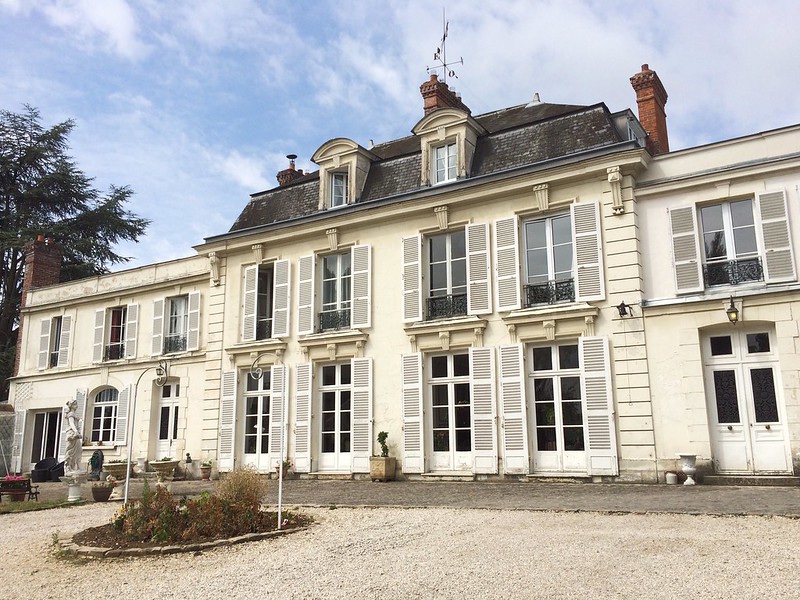 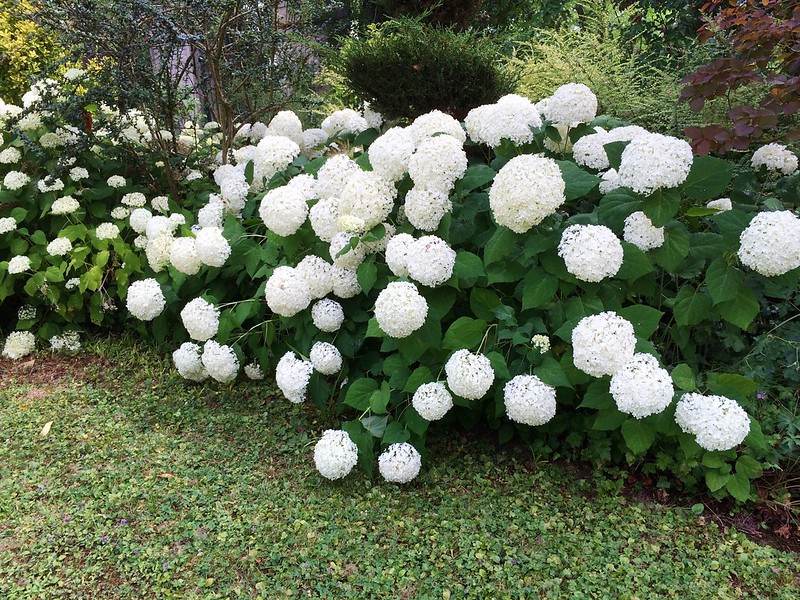 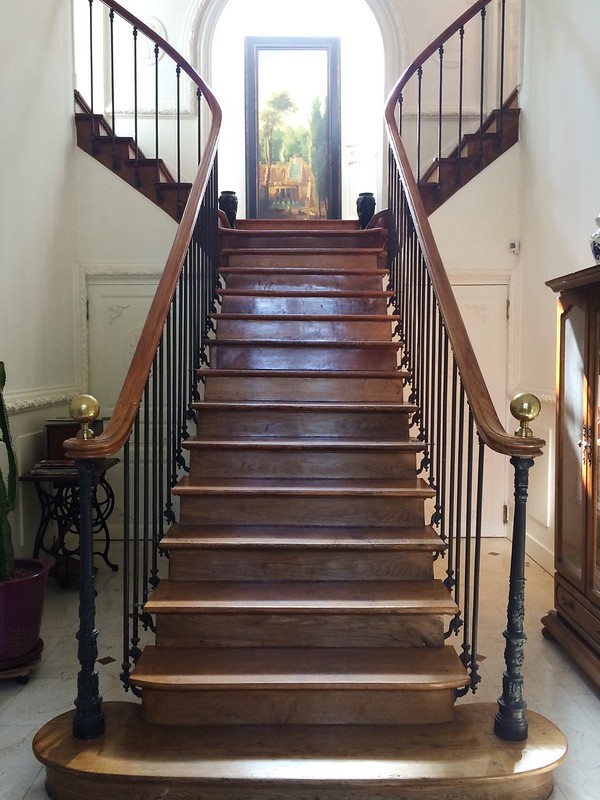 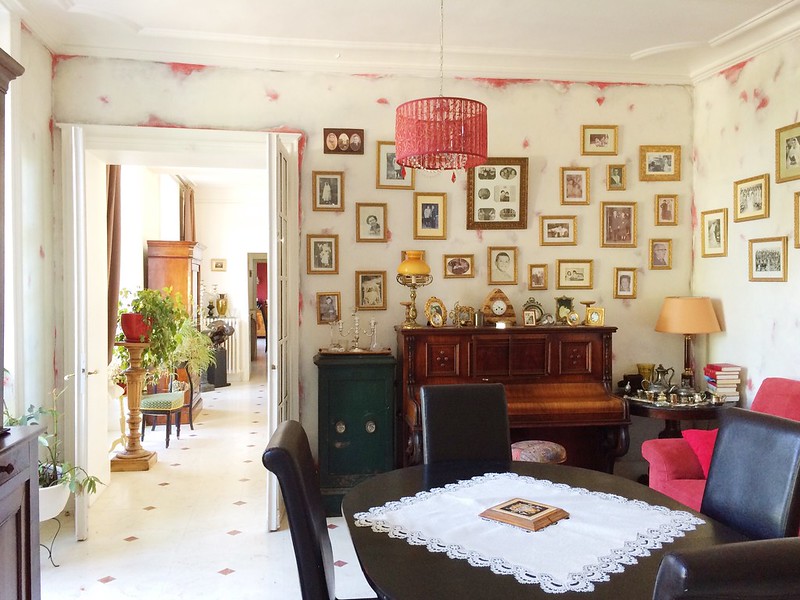 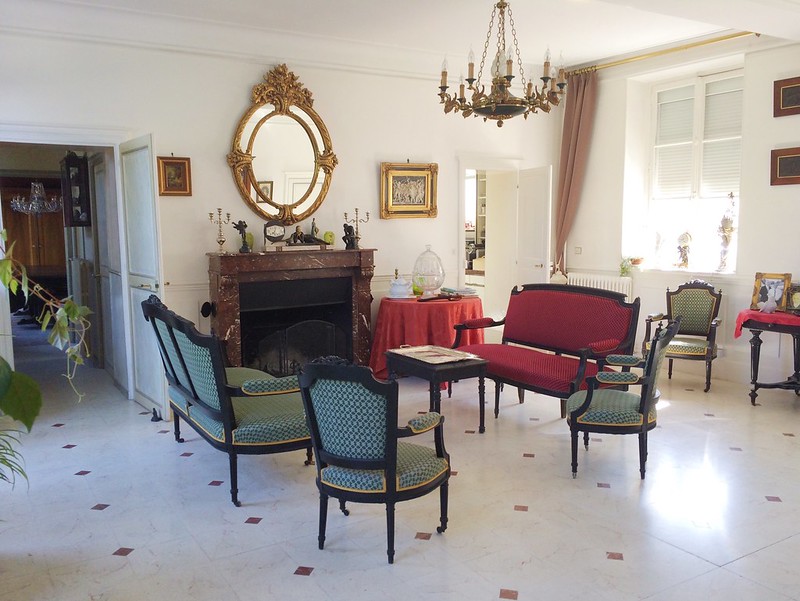 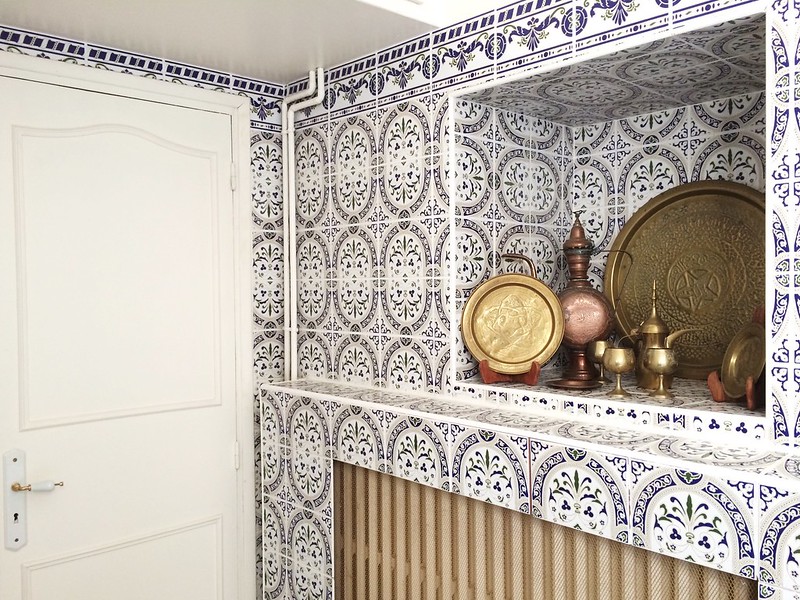 We drove through many villages and they looked extremely quiet and shuttered. This was the case until we drove near Chateau Thierry. For dinner, the bride recommended Auberge le Relais. We found out later that it has a Michelin star (which isn’t so uncommon in France). It didn’t look packed but I’d secured a reservation through my credit card’s concierge. In general, fine dining is more expensive in Paris and there are less dining options in the countryside, so we opted to eat at nicer places outside of Paris. 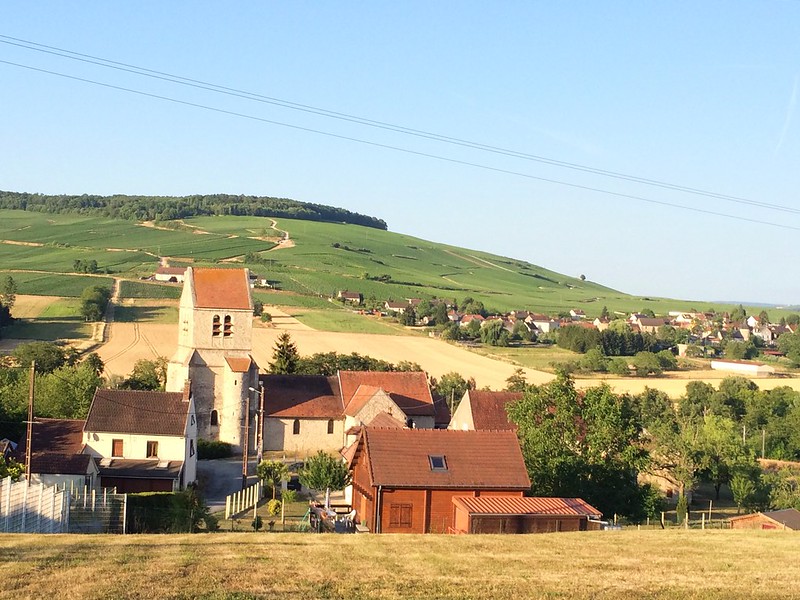 Auberge le Relais was a charming, unassuming restaurant/inn off of a larger road. At this point, we were used to driving past our destination and circling back. The back of the restaurant (where the carpark was) had a picturesque view. We were famished at 8pm and went with the degustation menu. Highlights:

The seaweed butter was memorable. 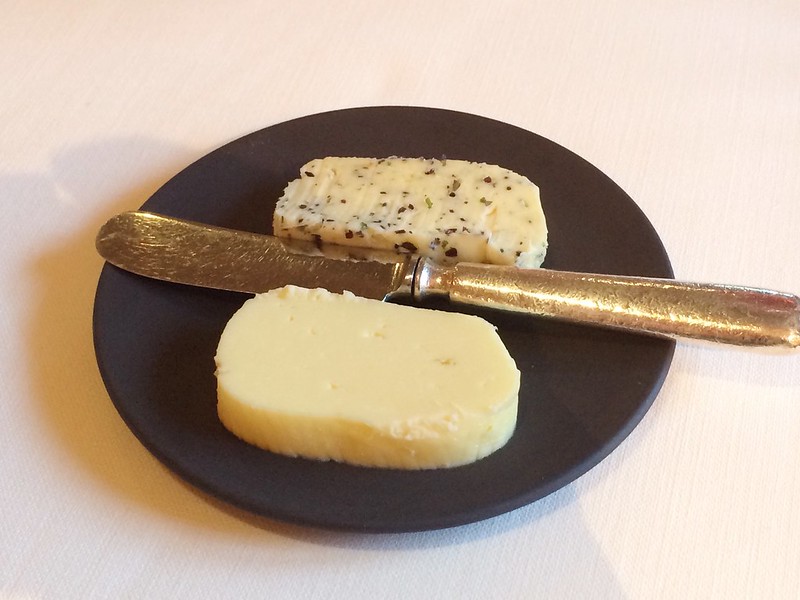 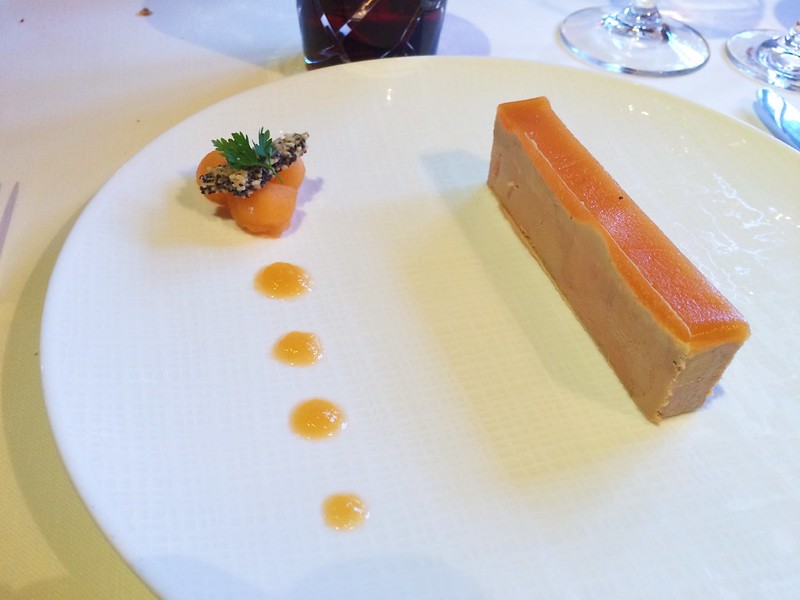 Prawns with chorizo risotto. This was incredible. 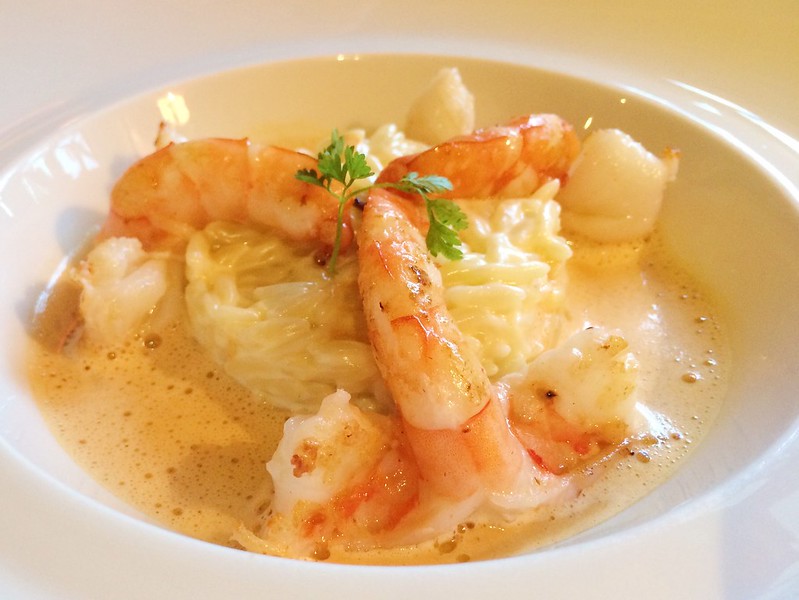 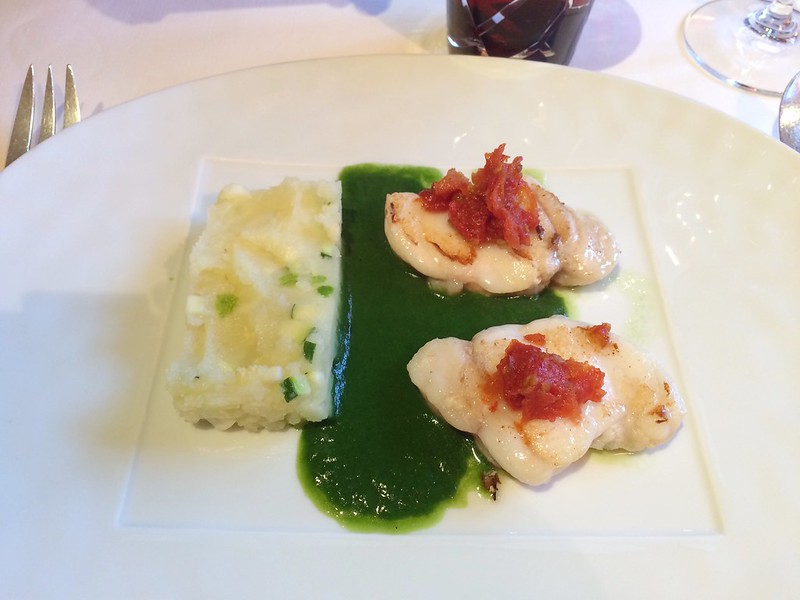 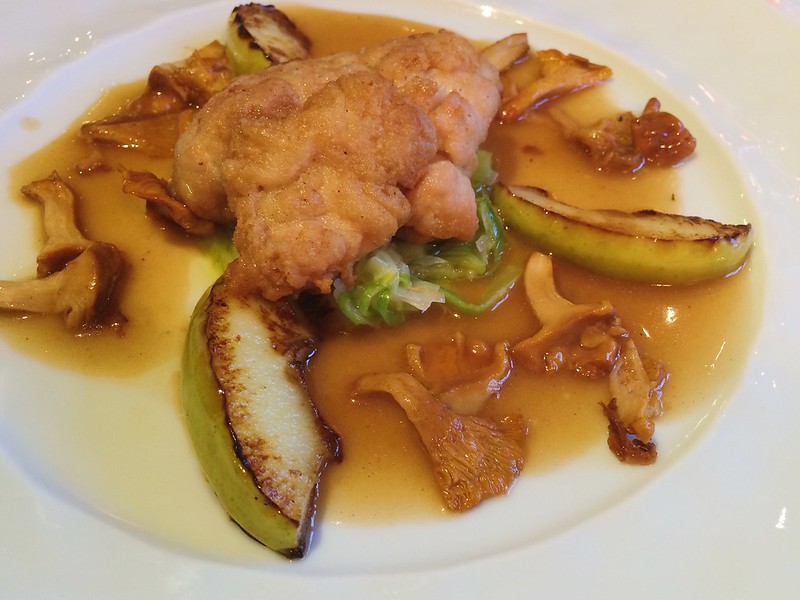 The cheese cart! Prior to the trip, I can’t remember the last time I ate cheese. 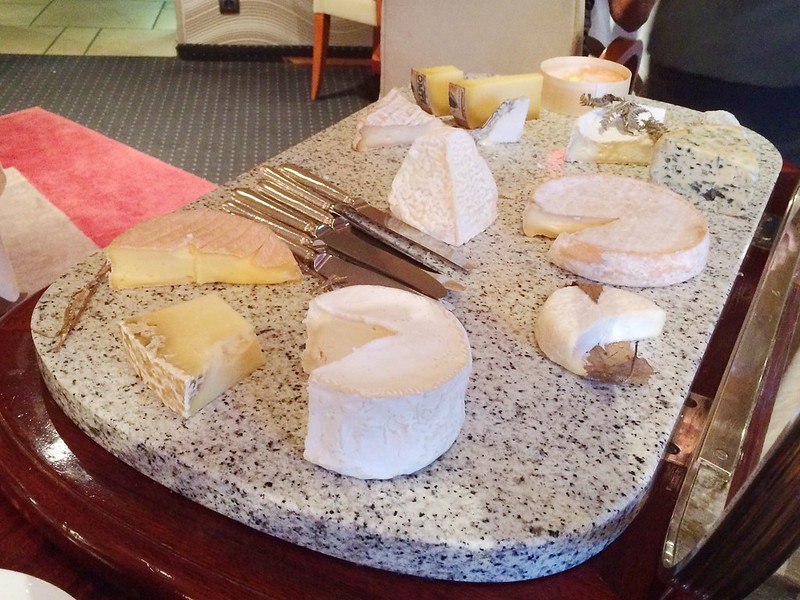 After a plate of sweet treats, bonbons with cherry, pistachio, and rhubarb. 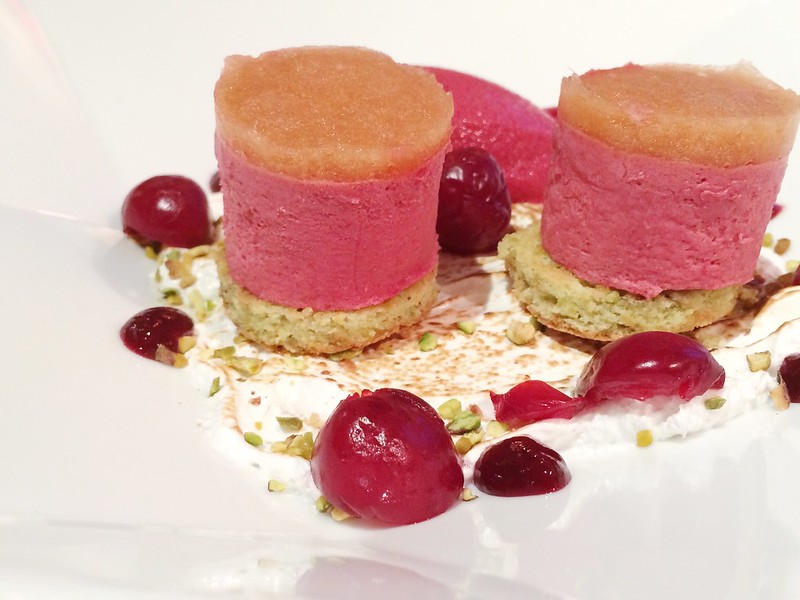 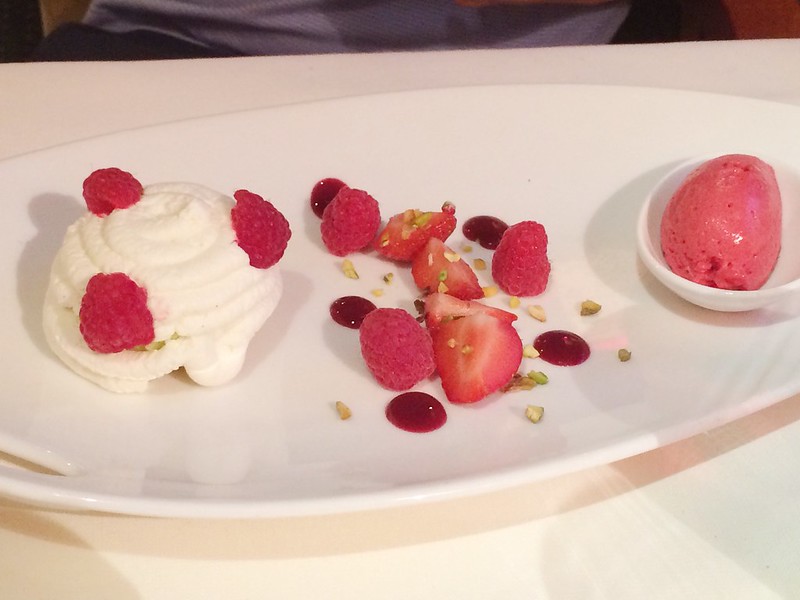 We were stuffed by the end of dinner. We really enjoyed the food and this restaurant set the bar for the future meals. The current exchange rate and lack of 20% tip also made the meal a great value.