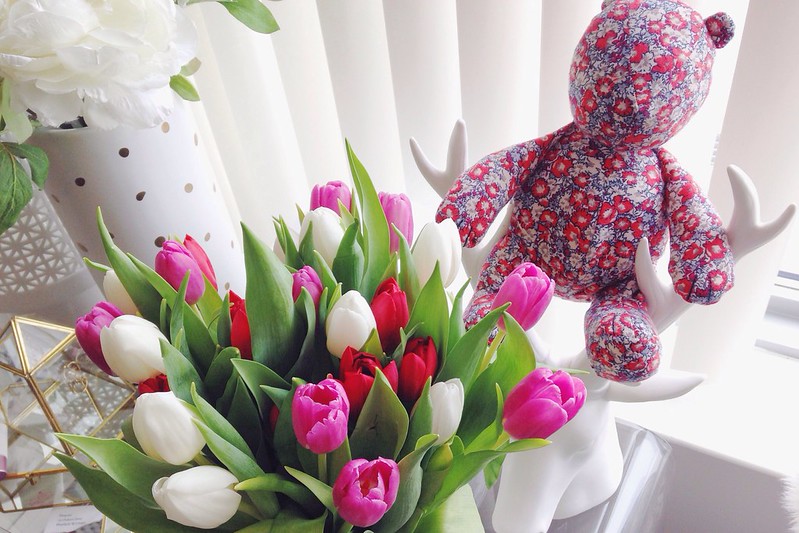 END_OF_DOCUMENT_TOKEN_TO_BE_REPLACED

Some things I ate recently in no particular order. All of the pictures were taken with my shoddy Blackberry camera because I’ve been too busy to open my new camera’s box, but you get the idea.

I had Friday off so we decided to go to the Met, exclusively to check out the Alexander McQueen Savage Beauty exhibit, which was extended to August 7. We got there around 10:30am and the line was 45 minutes long. The exhibit is highly recommended, if you can brave the lines and crowds! If you can’t, the book gets you close to it. Be forewarned that the cover is lenticular and can be scary. It was absolutely packed inside and I probably could’ve gotten away with a few Blackberry pictures, but I decided to respect the Museum’s wishes.

After the exhibit, we were famished and decided to grab a bite to eat at one of the cafes. We were one of the youngest tables there. This cafe is, not too surprisingly, very “in” with the folks way past retirement age. The lemon orzo chicken soup was delicious and the bruschetta was very in-season and fresh.

After the Met, we walked over to Lady M, which I’ve wanted to visit for years but just never got around to it. It’s a Japanese cake boutique, opened by Tokyo’s Paper Moon. Their signature cake is the mille crepes cake. In NYC, you can also find it at Dean & Deluca. Out of towners, you can order from the boutique or from Saks (and probably Gilt City). It is delicious! After ogling the cakes for a few minutes, we settled on the banana mille feuille and the checkers cake. They have a lengthy tea and coffee menu, so we paired it with coffee drinks. I love afternoon breaks of cake and coffee. I’d previously read that pictures were not allowed – maybe just of the cake displays?

END_OF_DOCUMENT_TOKEN_TO_BE_REPLACED

I like to do a multi-step mask on the weekends. And you can easily multi task with these. I didn’t mean to use all gel masks and typically don’t find them to be hydrating, but the latter two were exceptions to that. ⁣ ⁣ 💎 Peach and Lily Super Reboot Resurfacing Mask for de-gunking. My skin is not super sensitive, there was tingling for the first minute. (Alternative: Tata Harper Resurfacing Mask) ⁣ 💎 Peter Thomas Roth Rose Stem Cell Bio-Repair Gel Mask - my first time using this and it was a winner. I left it on much longer than the recommended 10 minutes, and it was plumping and hydrating. I got it as part of a PTR holiday mask set. ⁣ 💎 Derm Institute Anti-Oxidant Hydration Gel Mask - recent purchase from the department store sale. It comes in individual packets. I used 60% of one and clipped the rest for future use. It is super hydrating, absorbs well and isn’t sticky, and perfect as a sleeping mask. ⁣ ⁣ #skincare #skincareaddiction #facialmask #peachandlily #peachandlilymask #peterthomasroth #peterthomasrothmask #derminstitute #irenelikestopamper #skincaredaily #skincareobsessed
Daily dose of vitamin C, mini reviews (l to r) ⁣ ⚪️ Drunk Elephant - I have used many bottles of this and love it but decided to check out alternatives. I wish they regularly sold the midi size bottle because a very fresh bottle feels the best.⁣⁣ ⚪️ Timeless Vitamin C and ferulic - very well priced especially with promotion. Easy to use, very watery. New airless packaging. ⁣⁣ ⚪️ Skinceuticals CE Ferulic - the OG serum. I haven’t used it in years, but has a coupon...⁣⁣ ⚪️ Beauty Pie Superactive capsules - there are a few types of capsules. Super convenient for traveling but prefer a bottle for a daily serum. Haven’t used only this long enough to pinpoint results.⁣⁣ ⚪️ True Botanicals Vitamin C Booster - it doesn’t expire, is easy to travel with, but I find the powder hard to use effectively - did I use enough? Mix it with the right liquid? And haven’t seen discernible results. ⁣⁣ ⁣⁣ #skincare #skincareaddiction #skincarereview #vitamincserum #truebotanicals #timelessha #beautypie #skinceuticals #drunkelephant #drunkelephantcfirma
As year end is approaching, I have to thinking about my FSA balance. I have been primarily using Anessa sunscreen (sensitive skin, gold bottle, white top) but the significant other uses Elta which is moisturizing but cosmetically elegant. In the past, I have always used the UV Clear. I also tried UV Elements but the tint is not flattering so I only use it when I’m at home for the day to not waste it. I am trying UV Daily this round — similar to UV Clear, it has Zinc Oxide 9% and Octinoxate 7.5%, is untinted, and has vitamin E and hyaluronic acid. UV Clear had niacinamide. UV Daily has dimethicone. #spf #eltamd #skincareroutine #skincare #wearsunscreen #fsaexpire
Guilty pleasure in airport duty free: @chanelofficial earrings. #chanel #chanelearrings